REGISTER TO VOTE : With a general election due in the spring of 2016, Limerick Youth Service wishes to remind young people to check that they are registered to vote and if not, to register.

Young people can visit www.checktheregister.ie to see if they are on the electoral role. If they are not then they will need to complete a RFA form which can be found on the same site (or click HERE). Young people who will turn 18 on or before February 15th are also eligible to vote in the general election and will just need to complete the form too.
With the high youth turnout in last May’s referenda it is important that young people continue to engage in the democratic process and realise that their voice can be heard,’ added Mr. Troy, Youth Information Officer.
Tweet Pin It

Posted by Keith Coughlan on November 24, 2015
RATHKEALE & DISTRICT HISTORICAL SOCIETY : Very Reverend Donough Canon O’Malley will journey thorough the towns and villages of Co. Limerick using a selection of old postcards when he addresses Rathkeale & District Historical this Friday night November 27.
His presentation is sure to unleash a cascade of fond memories of times gone by and of places we might have known. This selection of postcards has not been seen before and Canon O’Malley will embellish it with wise and witty stories and comments gathered from five decades of pastoral work in Ireland and the U.K.
The presentation begins at 8.30pm in The Community Arts Centre located in the area offices of Limerick City & County Council on the Ballingarry Road. The venue is accessible by lift and by stairs and there is no admission fee. All are welcome.
Tweet Pin It

PRE-BAPTISMAL GATHERINGS : From January 01 2016 we would like to invite all parents who wish to have their baby son/daughter baptised to attend a pre-baptismal gathering which we hope will assist in deepening  their understanding of the sacrament of baptism. Godparents may come along for the pre- baptismal gathering if they so wish.

The Pre-Baptismal Gatherings will be held monthly at 7.30pm for approx 45mins

Patrickswell Church on the 2nd Tuesday of the Month

Ballybrown  Church on the 3rd  Monday of the Month.

THE SENIOR CITIZENS CHRISTMAS PARTY COMMITTEE would like to thank all who attended their 45 Drive on Sunday last to raise funds for their Christmas Party. It was a great success and a most enjoyable afternoon. A sincere word of thanks also to those who brought spot prizes for the raffle.

BALLYBROWN JOURNAL: The fifteenth edition of the Ballybrown Parish Journal will be launched by Fr. Eamonn Fitzgibbon on Monday night next November 30th in the Ballybrown GAA Clubhouse at 9.00pm.  This is an eagerly awaited local publication each year and we are hoping for a big attendance. The Journal which still just costs €10 will be for sale on the night and will be available from Tuesday December 1st  at Martin Hayes’s shop in Tervoe and from Centra in Clarina. There will surely be some item of interest in the 160 plus pages and will be a welcome present for our exiles over the Christmas Holidays. The Ballybrown Pioneer Association would like to thank the Journal Editorial Committee, Tom Donovan, Des Fitzgerald, Michael McNamara, Carl Musgrave Martin Hayes and Willie Ryan for another job well done. Thanks also to Jim O’Farrell for his beautiful painting on the front cover, I wonder can you guess what it is this year? A big thank you also goes to our Advertisers for their financial assistance and we ask you to support all these local business people where possible. Thanks also to the Ballybrown GAA Club for the use of their premises. All that remains is for to extend a big invitation to all and we hope to see you on Monday night. Enjoy a cup of tea and a chat. Remember ” Christmas in Ballybrown would not be the same without the Journal”. Thank you. 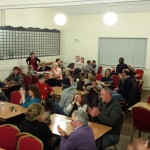 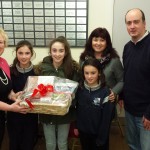 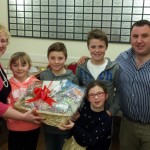 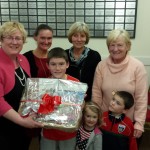 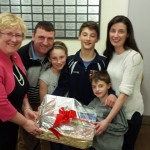 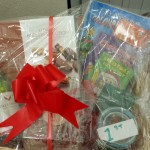 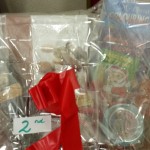 WINE GOOSE CHASE THANK YOU: Thanks to everyone who supported A Wine Goose Chase in Market Place Café, Adare on Friday November 6 and especially Ron Forrestal, Forrestal Wine Merchants for sponsoring the wine, Cathy Corbett, Market Place Café for the complimentary food and the businesses who donated raffle prizes. It was a super night and everyone who attended thoroughly enjoyed the performance by the wonderfully talented Susan Boyle. A total of €630 was raised for the Alzheimer Day Care Centre in Adare and Ian’s Trust.

RTE COME TO BALLYBROWN CHURCH : Mass in Ballybrown Church next Sunday November 22 will be celebrated by Fr. Mike Cussen at the later time of 11.00am to facilitate a live broadcast from the church by RTE.

Various ways of tuning into Mass: On Radio – Longwave 252

Unfortunately SKY does not carry the Radio 1 extra channel.

45 DRIVE: On Sunday November 15 we held a 45 Card Drive in the Ballybrown Resource Centre to raise funds for the Senior Citizens Christmas Party which takes pace in the Ballybrown GAA Clubhouse on Sunday December 6th. It was a great turnout and we had nine tables taking part. There was a three way share of the prize money of €160.00, Malachy Cusack with Noreen Cusack, John Harty with Niall Doolan and Michael Stokes with Sean King all finishing with eight games. The table prize went to Margaret O’Dwyer and Margaret Queally. The raffle prizes went to Baz Miller, Joe Purcell, John Kiely, Peter O’Sullivan, Margaret O’Dwyer, Teresa O’Brien, Pauline Toomey, Peggy Cusack, Joan Burke, Billy Sheerin, Sean Moriarty, Jimmy McNamara, Pat Keogh, Sean King and Margaret Queally. A special thank you to all of our supporters who gave the numerous prizes for the raffle. Thanks to Joe Purcell, Peter O’Sullivan and Willie Ryan for helping out with the running of the card drive and to our hard working committee who helped out with the catering. Thanks also to all who supported our recent Church Gate Collection in aid of the party. We are looking forward to a big turnout at the Senior Citizens Christmas Party on December 6.